In re Guy's Meat Market

In re GUY'S MEAT MARKET


Per Curiam. In the times when the daily special was indeed special, there was a narrow window of opportunity for those who sought to partake. That is, diners and greasy spoons often rustled up a batch of something in the morning and when they ran out, they ran out. If you snoozed, then you lost. Cast in this mold is Guy’s Meat Market, located on Old Spanish Trail. Despite meeting the constitutional requirements of standing to submit a petition for review, prudential concerns predominate, and this Court declines to exercise its jurisdiction and assign a rating to Guy’s Meat Market.

Guy’s is a meat market. The number of bona fide meat markets in Houston pales in comparison to the number of “meat markets” like the Drake, Pub Fiction, and similar ilk on Washington Avenue. Aside from being a meat market, Guy’s also serves up burgers, barbecue, and certain sides. In the discussion of Houston’s best, Guy’s burgers are frequently referenced. 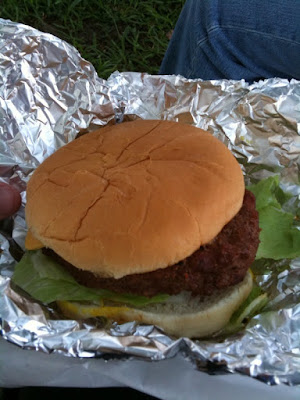 While no hard evidence exists, it is rumored that Guy’s makes about two hundred burgers a day and sells out well before 1:00 p.m. The question, then, is why don’t they just grill up some more burgers? The answer is simple: they don’t grill the burgers. Guy’s burgers are smoked. And as any low and slow saveur understands, smoking takes time. Therefore, it is not feasible for them to just whip up burgers. Presumably the burgers are formed the night before and smoked overnight.

The Court is, therefore, left with the task of evaluating the merits of a petition without meaningful standards or relevant precedent. For example, while flavorful, Guy’s burgers lacked the texture sought after by this Court. Is it proper, though, to compare the texture of Guy’s smoked burgers with that of Lankford’s griddled-cooked samples? Further, is it proper for this Court to announce standards for review without legislative guidance? These prudential concerns, if overlooked or ignored, would unduly prejudice Guy’s.

In sum, whether Guy’s burgers pass muster is a question better suited for resolution by the other branches of gustatory governance, such as the Smokehouse of Representatives. 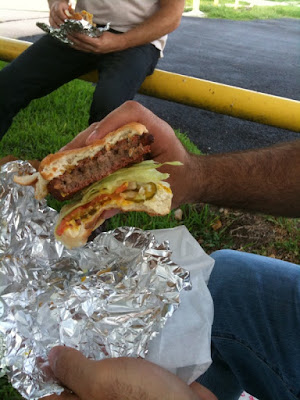