How much money is wine worth? 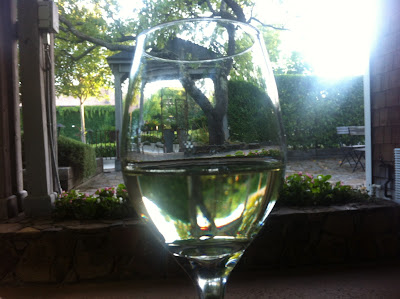 How much is that wine in your glass worth? Seriously. Cover up the label. Wipe away the memory of what you paid for it. What is it worth to you? If only it were that simple. From the objective standpoint of pure dollars, wine is grotesquely overpriced. Wine costs, roughly, between 20 cents an ounce (for a $5 bottle) and $100 (or more) an ounce. To put that in context, organic milk at Central Market costs roughly 4 cents an ounce. Fancy bottled water might run as much as 15 cents an ounce. The most expensive beers at Spec's here in Houston might tip the scale at 50 cents per ounce (with the usual Miller Lite or Bud Light coming in at about 8 cents per ounce in a 12-pack).

Before going further, however, a preliminary note: this isn't one of those screeds about "authentic" wine or excoriating those who pay a lot for bottles of wine. Those are traps. Terms like "authentic" and "a lot" are so relative, they have little fixed meaning. At the same time, the "worth" of wine isn't necessarily as simple as the cost of the grapes, oak barrels, bottles, labels, corks, etc. that go into making the wine. 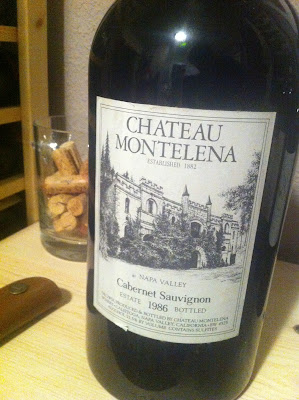 So where does that leave the question: How much is that wine in your glass worth? Probably never more than about $50. At that point, other factors start playing havoc with the amount you pay. Chief among those are prestige and scarcity. That is easily enough understood. There are roughly 500 cases of Domaine de la Romanee Conti's Romanee Conti made each vintage, centuries of legend behind the wine, and tens of thousands of people who would gladly pay to drink perhaps the greatest trophy among all wines. Put that all together, and you can grab a 750-milliliter bottle of 2009 Romanee Conti for $10,000 if you're lucky (almost $400 per ounce).

That's an extreme example, and the slope of prestige and scarcity that reaches its apex at Romanee Conti is much more difficult to discern at its earlier stages of incline. But here's an example you may have encountered: Have you ever drunk Santa Margherita Pinot Grigio? If you drink wine, you probably have tasted it. Six or seven years ago, it retailed for $15. Today, you're hard-pressed to find it for $20 or less. On a restaurant wine list, you might have found it for $25 to $30 in 2005. Today? Try more like $40 to $60. The wine hasn't changed. Its rapidly increasing popularity has. You're paying 30% more for the same wine. (Or, some may argue, lesser wine, as production of it has increased steadily over the years, too.)

In any case, it's not difficult to understand that prices increases with popularity. That's simple supply-and-demand. Pinot Noir prices in California jumped after the immense popularity of the movie Sideways. Popularity is only one factor in the price, but this doesn't tell us much about how much wine is worth.

The real bottom line here isn't existential or even complex. To determine what wine is worth to you, ask  how much you are comfortable paying. It doesn't matter if you're willing to spend $5 or $10 or $20 for a bottle. Whatever fits in your budget and tastes good to you is what wine is worth. The larger point here is that more expensive isn't always better. You pay for a lot of things besides what's inside the bottle as prices increase. Today, there are more higher quality wine options across the board, which means there is even less reason to have label envy. 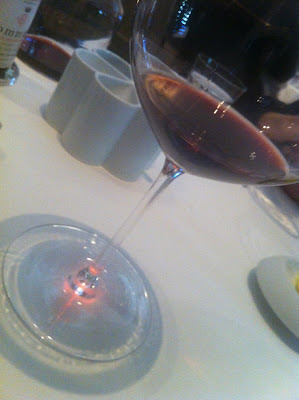 One final note: this shouldn't be taken as a condemnation of expensive wines or trophy bottles. Splurging can be fun. But wine connoisseurs have a terrible habit of making less sophisticated drinkers feel inferior or inadequate by showing contempt for less prestigious wines or those that have some esoteric point of interest. That can be intimidating, but it's a silly game to play. Not every occasion calls for a trophy bottle -- a hot day on the porch with a $10 bottle of Sauvignon Blanc is a recipe for a good time -- and just because a wine is rare and prestigious doesn't always mean it's the best. There are dozens of $100-plus Napa Valley Cabernets to prove this point.

There is nothing gained by drinking wine to impress others. You should drink for yourself.
You don't drink wine for the pleasure it gives others; you drink it for the pleasure it brings you. So the wine that fits your budget and makes you happy? However much it cost, that's how much a wine is worth.
Posted by Unknown at 11:43 AM