Here's to you, Grant

Although I wasn't close friends with Grant Gordon, I felt like I knew him before we ever met. A close friend of mine, who knew Grant from their college days, talked about his good buddy who was a chef and happened to work at Cyrus in Healdsburg, California. Cyrus was one of my favorite restaurants in Sonoma County, and when my wife and I went the next time, I got to know Grant over a lobster dish he had made, even though we didn't meet that day. Perfectly cooked and sauced lobster is not something I take lightly, and I was keen to know the man behind the plate. When Grant came back to Houston, he transformed my expectations for Houston restaurants by his work at Tony's. But I'm getting ahead of myself.

My friend kept telling me Grant and I should meet. It finally happened in June 2011. My friend called me a few days before and said, hey, let's get together this Sunday, and I'll bring Grant. It's hard to remember the exact details of that first meeting years ago now -- I made Robuchon-inspired eggs en cocotte with mushroom cream but was disappointed because I couldn't find the smoked duck I wanted to use as the bed for the eggs and pissed because I had overcooked the eggs. Then we proceeded to march through bottles of California Pinot Noir and eat until dusk set in, and we wondered where the day had gone. The afternoon was seamless, full of talk about and passion for food and wine. Grant impressed me with his philosophy on food, which was classically driven, thoughtful, and devoid of autocracy that is so common. He spoke about wanting to learn more about wine, which he felt would enhance his ability to craft menus and create new dishes.

That day convinced my wife and I that we couldn't miss out on going to Tony's for even one more week; Grant made the reservation. On Friday night, my wife and I went in for nothing short of the best kid-glove treatment -- and if you've been to Tony's, you know when they lay it on that thick, it's impossible to resist. But I have two indelible memories from that meal. First, it was head-and-shoulders the best I have had in Houston. The command of technique and quality Grant showed made me rethink what the ceiling for the Houston food scene might be. Second, I learned what a kind, humble person Grant was. Before the meal, he came to the table to present an amuse bouche. It was his interpretation of the eggs en cocotte I had made so clumsily that past Sunday. What arrived was monumental: a sous vide egg in truffle cream over duck confit, topped with a mountain foie gras, shaved at the table in sumptuously theatrical fashion. I can close my eyes today and still see and taste it, the greatest dish I've ever eaten in Houston. The richness, undercut just slightly by piquant and pungent notes in the truffle cream. The pillow of foie. This wasn't luxury for the sake of luxury; this combination made sense, but it would have failed were it not for meticulous execution. My wife and I looked at one another and just started giggling. It was stunning: 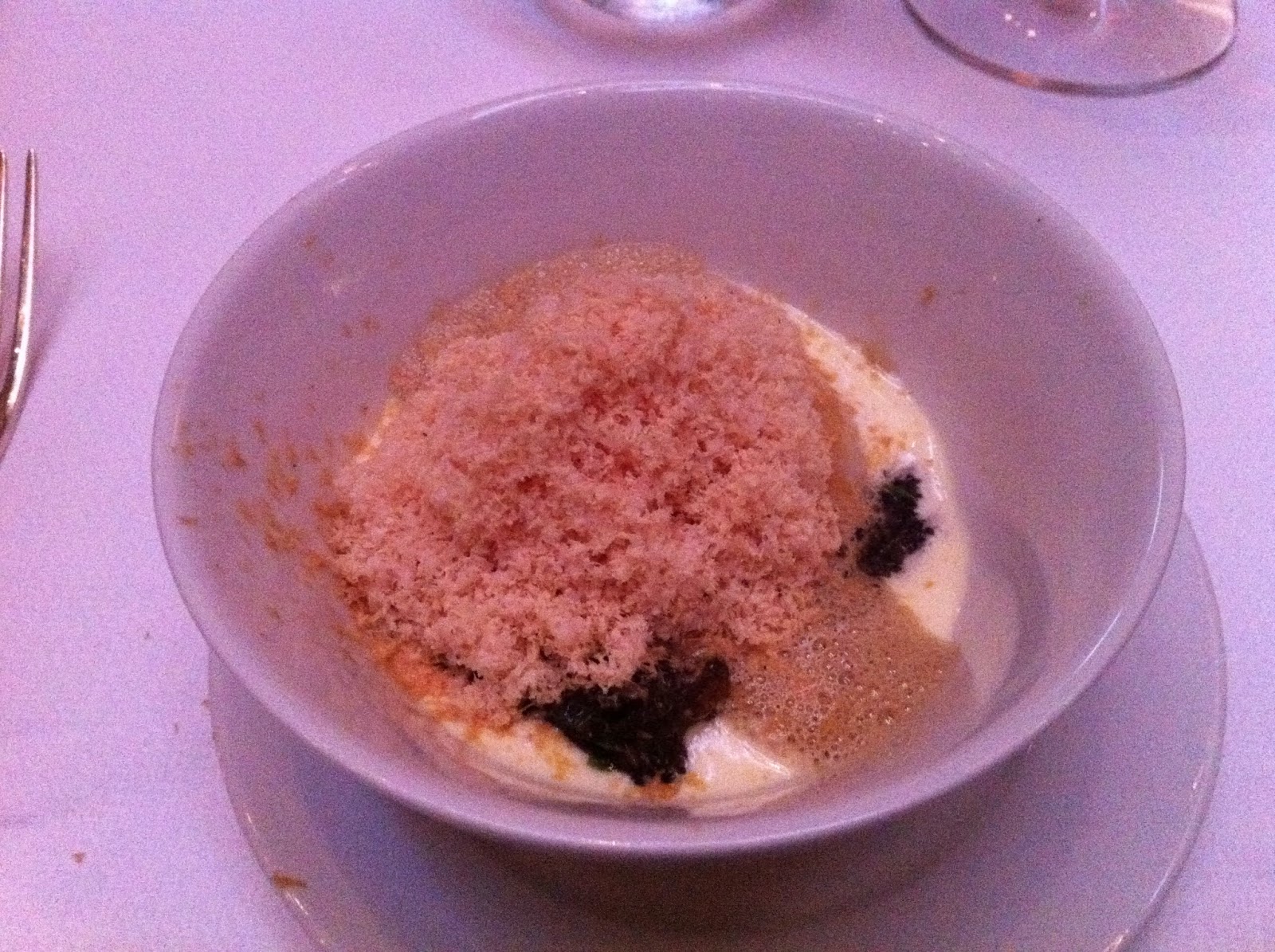 But here was the trick with that dish. A lot of chefs, driven by ego and vanity, would have made this gesture as a way of subtly saying "leave it to the professionals, buddy," a game of one-upsmanship that you were willing to ignore because it tasted so blasted good. But with Grant? There wasn't even a hint of that. This was a genuine way of saying, "Thanks for the wine on Sunday." He was just returning the favor, like any friend would, and you could feel that.

Before Grant left Tony's, we returned a couple more times. I remained constantly impressed with his adherence to technique, precision, and consistency, something I've found lacking in many kitchens in Houston and too-often ignored by the food scene. Grant was the closest thing to a classical chef we had in the crop of up-and-coming talent here. I firmly believe he was the best chef working in this city, period. 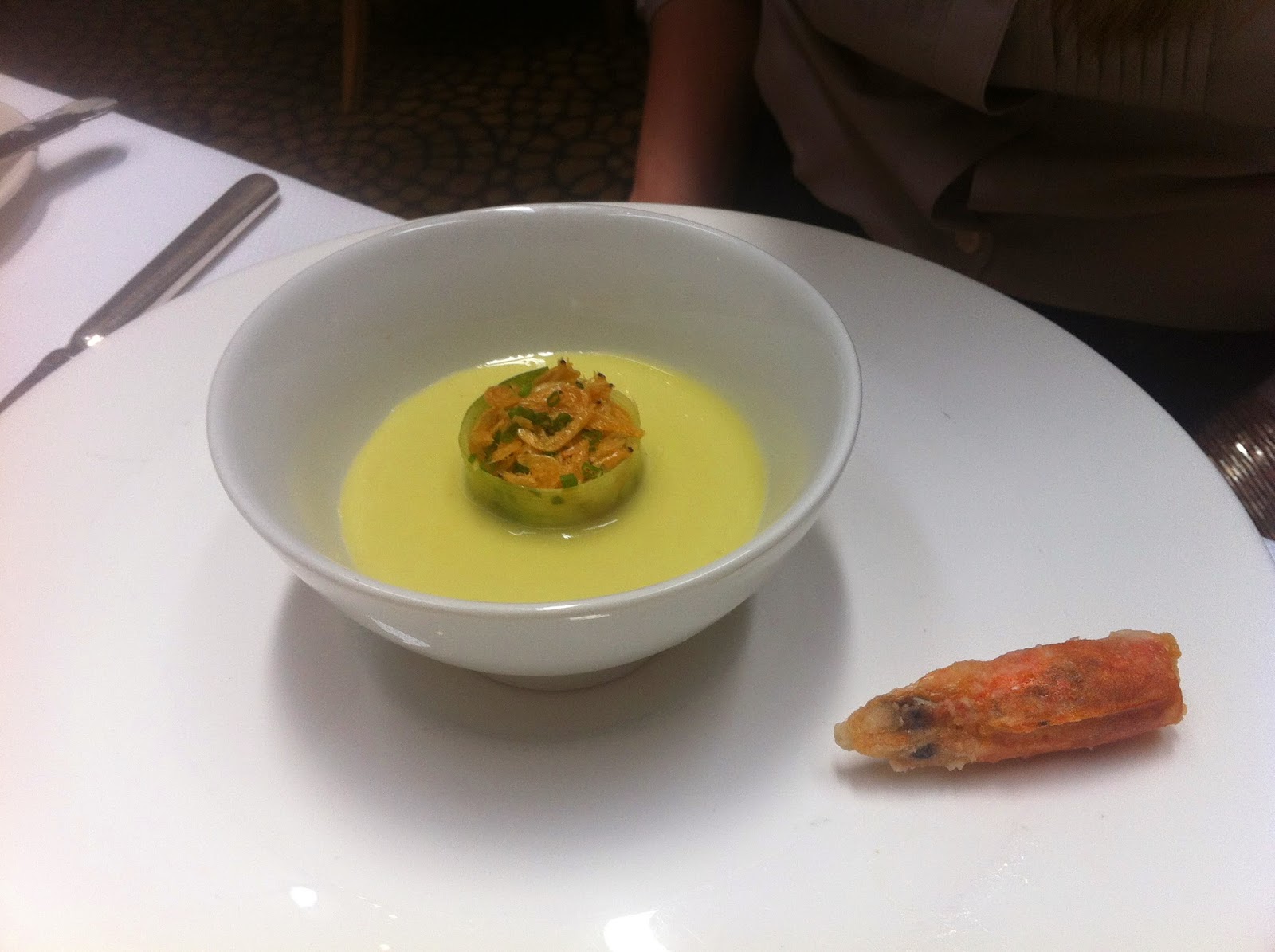 A year or so later, we had a long conversation about sauces and how important they were in enhancing a dish. It was the same day we talked about a thoughtful, well-executed tasting menu being the pinnacle of a chef's narrative voice. At one point, Grant said something along the lines of, "Wouldn't you love some sweetbreads right now?" And he proceeded to call a stream of grocery stores and restaurants, trying to track down somewhere in Houston that would have sweetbreads on a random Monday. We ended up at Brasserie Max and Julie, only to find out they had sold out of sweetbreads moments before. But it didn't matter. It was an evening full of passionate food and wine. It was an evening full of memories, which is what defines the best shared tables. I don't know how sweetbreads came up, but Grant's infectious love for food -- his ability to be a world class chef yet not have a single ounce of pretension in him -- is something I will never forget. Almost as great a hallmark as his talent in the kitchen was his unbridled, boyish openness and zest for food, regardless of borders. Grant's thirst for new food and experiences was infectious, and he wanted to share them. He forced me to go to Himalaya as soon as he heard I had never been. He took me on my first trip to Mala Sichuan. I recommended the gyros at Al's Quick Stop to him, then bumped into him there only a few days later. That lust for new food experiences never waned. It's difficult to grapple with news of his death, given the memories he helped make.

Thanks so much for your kind thoughts, which meant so much to our family.

What a beautiful hommage to Grant. He will be surely missed by many as his level craft and style are second to none! Thank you for writing this!